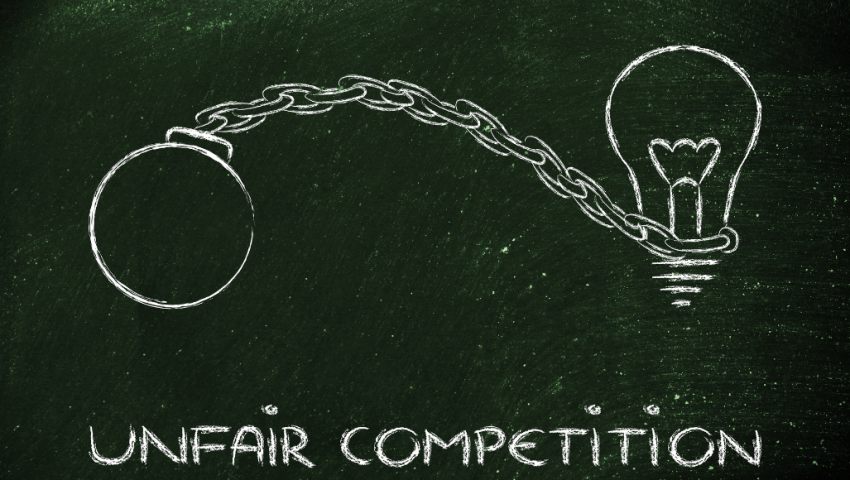 In the below, we highlight the main aspects in the Interpretation.

I. Widening the application of AUCL

Firstly, the Interpretation widens the application of AUCL. Namely, violators can still be subject to AUCL if they fall outside the scope stipulated in Article 2 of AUCL and any other law such as statutory intellectual property laws. In principle, the Interpretation permits the courts to determine if there is a violation. Such amended judicial practice shows that unfair competition should be determined case by case and acknowledges the complexity and diversity of unfair competition cases.

What constitutes as an act of unfair competition has always been contented and is an important issue in AUCL. Generally, the legal basis is defined by the competitive relationship between perpetrator and victim. Although, such precondition is not defined in the revised AUCL and with many market entities initiating cross-industry businesses, competitive relationship can be difficult to determine. Equally, guidance on the separating the main business scope and similar or identical areas to avoid restricted court judgements were not previously clear.

Commonly, unfair competition cases can face difficulties in identifying or the court deliberating on an act of confusion. The Interpretation utilises 11 articles to clarify the acts of confusion listed in Article 6 of AUCL.

Article 4 of the Interpretation narrows the definition of “marks with certain influence”. Namely, certain influence refers to market awareness and distinctive characteristic that distinguishes the source of goods. By narrowing marks that ‘distinguish the sources of goods’, prevents excessive protection against competition such as excluding marks with certain popularity but do not distinguish the sources of goods.

Article 5 and Article 6 of the Interpretation also provides a negative list which stipulate circumstances excluded from the “distinctive characteristic that distinguishes the sources of goods” of Article 4 and excluded from the prohibition of anti-unfair competition law respectively.

Article 7 notes a blind spot, by provisioning that marks prohibited by the Trademark Law cannot be protected by the AUCL.

Articles 8 to 11 further defines the terms stipulated in AUCL, namely “decoration”, “name of market entity” and “use”.

Another important note for businesses who may have sold goods with confusing marks is Article 14. The Article exempts business operators from compensation liability, if they “do not know that they are selling infringing goods as per the provisions and can prove that the goods are legally obtained by themselves and provide the suppliers”.

Article 15 of the Interpretation links ‘facilitating an act of confusion committed by another individual’ with ” aiding and abetting others to commit infringing acts” of the Civil Code. In practice, facilitating an act of confusion shall bear joint and several liability. Compared with Article 14, the Interpretation elevates liabilities for facilitators whilst is more lenient to those with no prior knowledge of infringing goods. Equally, such provisions identify illegal acts by raising the subjective fault to key roles in the act of confusion, which echoes the characteristics of unfair competition and the purpose of AUCL.

Companies subject to false advertisement or commercial defamation under Article 8 and Article 11 of AUCL shall bear the burden of proof. Specifically, Article 18 and 19 of the Interpretation stipulates that:

Hence, the Interpretations not only clarifies the terms of unfair competition acts, but also mandates the burden of proof from the plantiff. Parties that fail to provide such evidence, cannot apply AUCL and should seek other legal or administrative methods, such as the market regulation authority.

In Article 21 and 22 of the Interpretations provide further guidance for unfair competition committed online. Article 12 of AUCL stipulates that business operators shall not conduct the following acts that impede or disrupt the normal operation of network products or services legally provided by other business operators by influencing users’ choices or otherwise with technical means:

Article 21 of the Interpretation in general addresses traffic hijacking and supplements the point of Article 12 (AUCL) under a special circumstance. For example, the inserted link and redirected is triggered by the customer, the court after comprehensive consideration shall determine whether it constitutes as unfair competition.

For the second point of Article 12 (AUCL), the Interpretation provides three supplements. The first provides the manner, act is conducted “without explicit prompt to and consent of users in advance”; The second is the subjective motivation, which must be “malicious”; The third opens the scope of malicious actions by adding ‘by any other means’, hence replacing the previous exhaustive list in AUCL with an open-ended list.

In judicial practice, infringement of intellectual property rights such as copyright, trademark right and patent right and unfair competition are often intertwined, and its boundaries are relatively vague. Generally, plaintiffs claim multiple causes of an act simultaneously to win lawsuits and claim more compensation. Such cases have brought difficulties to the court’s judgment.

On one hand, it may seem inappropriate to punish a single act more than once. On the other hand, there is no prior statutory basis for the concurrence of liabilities. As a result, Article 24 of the Interpretation stipulates that if the plaintiff has obtained compensation under a specific intellectual property law, no further claims can be made under the AUCL. The court shall only support one claim which echoes the concurrence of laws in Article 1. However, parties can still claim two or more times to safeguard their rights as much as possible.

In conclusion, the Interpretation provides objective and effective statutory norms for some key and practical issues. It clarifies several vague boundaries and adds significant practical value to the infringing party, the infringed party, and the court.

If you have questions or concerns related to China unfair competition or other related matters, please contact Horizons at talktous@horizons-advisory.com to schedule a consultation session. From RMB 1,500 per session, Horizons can provide insight, expertise and the right solutions for you.