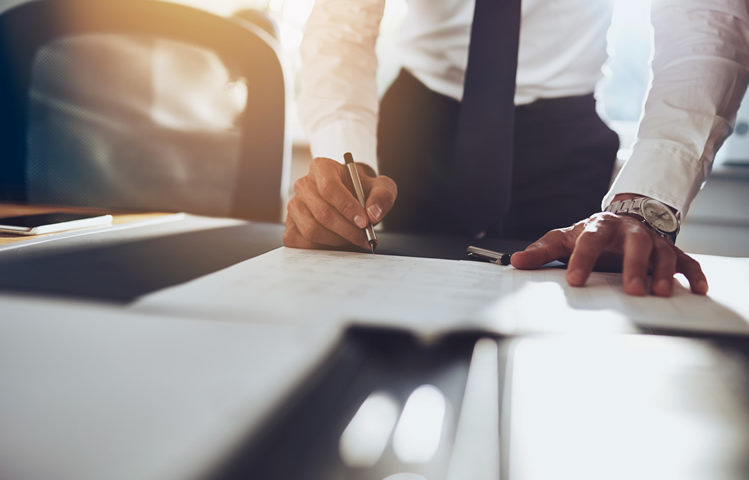 “Guanxi” (关系 guānxì) — pronounced gwan-shee — is one of the most potent forces in Chinese culture. Its direct translation means “relationships”, however, the reality of guanxi is that it relates to “connections” formed over time by the reciprocation of social exchanges and favours, the latter often related to business.

Foreigners doing business in China are often forced to wrestle with the concept of guanxi in their day to day activities and decision-making process. One area where foreigners find themselves in trouble is when they mistake guanxi to suffice in business relationships and be more powerful than a written, legally binding contract in Chinese business. And while there may be have been a time when this modus operandi for advancing business, it is no longer.

The Contract Law of the People’s Republic of China, effective from 1 October 1999, stipulates a contract must be in writing where the parties or the laws or administrative regulations so require. Contracts are required to be in written form under Contract Law include the following:

As a result of Contract Law, drafting a conventional, enforceable contract in China is essential. At Horizons, we encounter clients who utilise foreign expertise to draft contracts and safeguard their interests within a familiar jurisdiction. However, these contracts may be not enforceable in a Chinese court of law. Below, we highlight some best practices tips for foreign parties drafting a contract with Chinese parties.

Basic principles of a contract

The word ‘contract’ in Chinese is written with the two characters 合同 (hétóng), 合(hé) means to join and 同 (tóng) means to be the same together. Therefore, the two characters combined signifies parties in unification with the same mind. Contract Law defines a contract as an agreement between equal parties and emphasises that the parties shall be of equal footing. In , should a party seek legal expertise to negotiate the contract whilst the counterparty does not, the counterparty might argue the contract was not concluded with equal footing since one party was advised by legal expertise while the other was not.

For example, if a foreign party intends to conclude a contract with a Chinese party to export goods to Spain, however, no import or export activity is found under the business scope of the Chinese party, the Chinese party is prohibited from exporting goods, but may utilise a third-party with a proper import and export business activity and license — which, naturally, may increase the price of goods.

Although Chinese Law permits the use of foreign language in contracts, in the event of a dispute, all evidence submitted to a court must be done so in the Chinese language. Therefore, it is highly encouraged to employ a bilingual contract and establish Chinese as the prevailing language where the counterparty is a domestic company. If there is no governing language, a Chinese court or arbitration panel will establish the Chinese as the prevailing language.

One common mistake made in the creating of business contracts with Chinese entities is establishing the governing law and dispute resolution in Hong Kong (SAR) or in the foreign party’s jurisdiction. Often, a foreign jurisdiction is chosen because the foreign party believes it is a safer option since they are more familiar with the legal system. However, foreign parties may face difficulties in enforcing any foreign arbitration awards in China.

Chinese courts may consider to recognise and enforce foreign arbitration awards should the offence be deemed as an administrative, civil or criminal offence according to the rules and regulations of the People’s Republic of China.

Equally, the procedure to enforce the foreign arbitration award based on multilateral and bilateral treaties similar to the Hague Convention on Foreign Judgement in Civil and Commercial Matters, entered between China and the jurisdiction of the government, may incur substantial costs and prolong the award process, which may allow the Chinese party to dissipate assets before the award arrives in a Chinese court.

Relating to Chinese contracts, each page of the contract shall be affixed with a portion of the company seal (see Fig 1). Company seals shall include the full Chinese registered name of the Chinese party since English seals are deemed as invalid in China. Signatures may accompany the seal on a contract, but contracts affixed with only signatures are deemed as invalid in China (see our previous article on corporate seals).

Generally, foreign companies are somewhat hesitant to utilise the Chinese legal system for contracting because of misguided information and outdated impressions of doing business in China. However, many find it ineffective to apply foreign laws when the performance of a contract and its counterparty is located in China.

Where disputes arise, it is extremely rare for the Chinese party to settle the dispute in a foreign court, even if stipulated in the contract. Equally, under Chinese Contract Law parties are encouraged to resolve the disputes through negotiation and mediation before bringing the case to the People’s tribunal. Unlike more litigious jurisdictions, in Chinese culture, the court is seen as the last resort for addressing disputes. What’s more, in doing so, evidence of an attempt to settle disputes through negotiation and mediation is often required before any court action will be considered.

Foreign companies seeking to expand into the Chinese market should give consideration to both Chinese business culture and Chinese Contract Law. Reasonable steps in safeguarding interests should always include qualified legal advice from those with expertise in Chinese corporate matters.

If you would like more information about the contracts in China or other related corporate matters, send us an email at talktous@horizons-advisory.com, and we’ll have a Horizons professional contact you.