The new era of foreign investment in China: insights on FIL reforms and other business trends 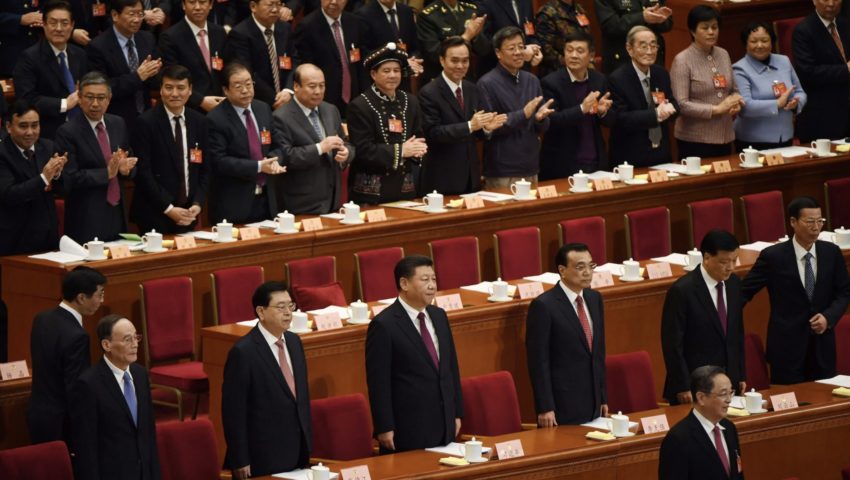 In 1978, China opened the door to foreign investment through the Reform and Opening Up policy initiated by Deng Xiaoping. Since then, during the last 40 years of robust economic growth in China, foreign investment policies attaching foreign capital has played an essential and unique role in the modernisation and advancement of China.

Currently, we see foreign investment in China is moving into a new stage. In light of the recent advances in the economic landscape, both in China and abroad, China faces a new situation, outlook and challenges, as expressed in President Xi Jinping’s concept of “socialism with Chinese characteristics” in the new era (“New Era”) initiated at the 19th National Congress of the Communist Party of China (“CPC”).

After 40 years of opening up and addressing the basic needs of more than one billion people, China continues to move further along in its age of transformation, in which the current needs of the Chinese people going forward differ from those of the prior era. As a result, this year, 2019, attention has been focused on “Five into One”, a master plan introduced during the Third Plenary Session of the 18th Central Committee of the CPC on 15 November 2013.

The master plan establishes five areas of development, including China’s economy, political affairs, culture, society and ecological systems, which shall be implemented into policies to intensify further reform and opening-up to comprehensive development. As for what we see in foreign investment, current and future reforms in foreign investment policies demonstrate a new, substantial role for foreign capital in the realisation of the New Era.

Reforms in foreign investment largely concentrate on boasting investor confidence and market stabilization. We note that the State Council recognises the importance of a transparent, open and predictable foreign investment environment to attract suitable foreign capital into China, stimulating market advancement in accordance with the New Era objectives.

It can be expected that recent reforms in foreign investment policies will reflect three key principles: 1) encouragement of wider foreign access to previously restricted industries; 2) providing of commensurate treatment for both foreign and domestic companies in China; and 3) instalment of mechanisms to safeguard foreign investment. As a result of the latter, in this article, we note several principles to underpin foreign investment in the New Era.

In the past few years, we’ve seen restrictions around foreign investment within specific industries ease. Overall, the number of industries listed in the Negative List, which regulates industry access for foreign capital, has been reduced. More, specifically, there are three significant areas in which we foresee access to foreign capital being broadened.

Overall, we can confidently assert that the direction for foreign investment in the financial sector is for bigger opportunities to enter the Chinese market with a broader scope and increased foreign ownership.

Equally, widening access to foreign investment also includes paving the way for a fairer business environment. Firstly, the revisions in the Anti-unfair Competition Law in April 2019 already demonstrate greater efforts to improve the practice of unfair competition both in the market and institutionally. Secondly, provisions to facilitate the ease of doing business in China will be rolled-out through enhanced utilisation of the internet, increasing opportunities to operate entertainment venues and equal treatment of domestic and foreign-funded institutions.

In the New Era, there is greater emphasis for the government to increase promotional efforts within both national and local policies. Specifically, policies attracting foreign capital toward specific regional areas and industries are central to such promotional efforts. Moving forward, for industries, efforts shall centre on foreign enterprises investing in scientific and technological innovation services by strengthening policy guidance and service, conducting training and increasing policy communication. For specific regions, we note that the effort toward implementation lies in three key areas:

All in all, such promotional efforts require relevant government regions and departments to facilitate the publication and interpretation of policies. Thus, alongside such promotional policies, we will see supportive actions from the relevant government regions and departments to ensure foreign investment is included in the formulation, implementation and training regarding such policies.

Doing business in China for a foreign investor has eased over the previous years. Reforms in business incorporation from approval to filing procedure, as well the abolishment of minimum capital, in most sectors have streamlined business operations for foreign investments. Further reforms are planned in three areas to increase the ease of business

1. Minimise use of cross border funds
In recent years, foreign investors often struggled with cross-border financing. To counter-act such issues, reforms are planned to expand the cross-border use of renminbi, supporting foreign enterprises in choosing a foreign debt model and reduce the cost of financing.

2. Improve ease of working in China
In 2016, the work permit application for foreigners was centralised into an online system. Those without the required two-year experience could apply by utilising a points system. This year, 2019, the residence permit was extended from 1-year to 5 years upon the third renewal of the residence permit. Moving forward, there are further plans to relax specific work permit requirements, including age limits, education or work experience in the effort to meet regional needs.

3. Improve approval procedures for the use of land
Specifically, measures will simplify the procedures, including selection of planning site, pre-trial land, construction planning permission and land approval.

Protecting the legitimate rights and interests of foreign investment

From 1 January 2020, the Foreign Investment Law of the People’s Republic of China (FIL) takes effect. Under the FIL and further related implementation measures, government departments are required to adhere to and correctly implement provisions enacted for the protection of legitimate rights and interests of foreign investments under the following aspects

1. Equal treatment
Domestic and foreign entities shall be treated equally. Governmental departments under FIL and its forthcoming measures are strictly forbidden to discriminate against foreign investment including release of information, any evaluation criteria, limitation of ownership form, equity structure, country of the suppliers utilised by an investor, administrative licensing requirements, and so forth.

2. Complaint mechanism
An official complaint mechanism is planned for foreign-invested enterprises to file complaints against any governmental conduct which adversely affects their business. Foreign investment shall have the right to make an appeal to the relevant authority across all phases of foreign investment, from the establishment of a business entity to its dissolution.

Consequently, after 40 years of economic reforms and intense development in China, the economic landscape matures into a new stage. Foreign investment legislation in China sits on the cusp of the new era, in which the current and future reforms will pave significant improvements in doing business in China. For some, the reformed regulations could signify tighter controls on foreign investment. However, in reality, we assert that such changes pave the way to a stronger legal framework for safeguarding foreign investment in China, which includes a fairer environment to do business and increased access to the Chinese market.

Our takeaway is that in the New Era, foreign investment shall adhere to the new reforms and cannot rely on old practices. Thus, it is essential for foreign entities to implement such changes into the company structure, governance and policy.

If you have concerns related to Foreign Investment Law of the People’s Republic of China (“FIL”), please contact Horizons at talktous@horizons-advisory.com to schedule a consultation session. From RMB 1,500 per session, Horizons can provide insight, expertise and the right solutions for you.