China’s Belt & Road Initiative: the Chinese Century moves forward, and Horizons plans to move with it every step of the way 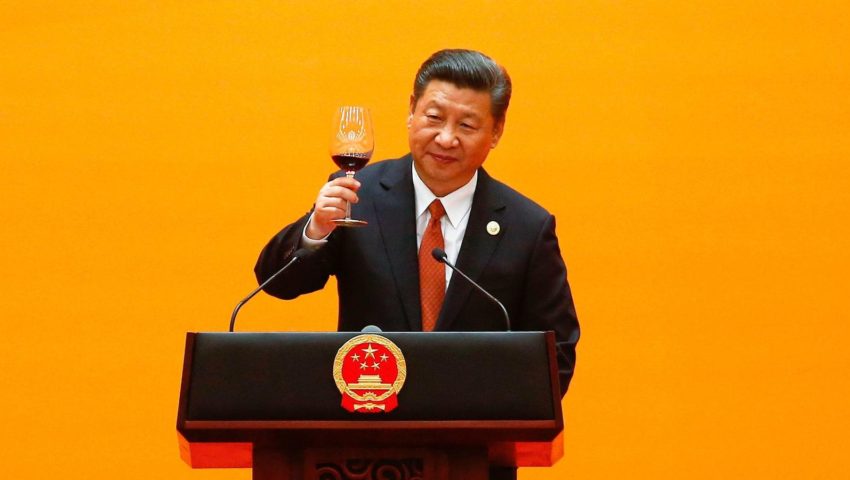 A lot has been said recently about China’s Belt and Road Initiative following May’s Belt and Road Forum for International Cooperation held Beijing, wherein Chinese President Xi Jinping addressed 28 heads of state and government on his signature foreign policy project, calling it the “project of the century.”

How the initiative plays out remains to be seen. What cannot be denied is that it is a bold move toward further globalisation for China and a call to enhanced cooperation between countries. In the offering from President Xi is an expansion in global trade and increased economic growth, perhaps making Eurasia an economic and trading area that someday rivals the transatlantic one.

If you are not familiar with the Belt and Road Initiative, you can read a short overview of it here in an article about the forum published by the Los Angeles Times.

Speaking at the Belt and Road Forum for International Cooperation, Henry M. Paulson, Jr., chairman of the Paulson Institute and former U.S. Secretary of the Treasury, said China’s development initiative is part of a historic regional trend toward connectivity:

“I see China’s initiative as fitting into a broader series of connectivity initiatives that have, over the past 25 years, begun to change the face of Asia. But the Belt and Road strikes me as something more. It systematises China’s efforts and vastly expands the potential to deploy Chinese capital in support of growth and development around the world.”

Mr Paulson would go on to say:

“Amid such a dramatic shift, it should not surprise us that many around the world are watching so closely to see precisely how the Belt and Road evolve. And China, I think, should welcome that scrutiny. After all, it offers an opportunity to China to design best-in-class projects with the highest standards for construction, environmental impact, and financial transparency, thus showcasing whether and how China has arrived as a global player.”

You can read Mr Paulson’s Belt and Road Forum remarks in their entirety here.

One sure-fire aspect of the initiative is that it will serve to encourage more cross-border partnerships, particularly those involving China-side outbound investment. Under Belt and Road, Chinese enterprises will be called upon to do their part in ensuring the project is a success. It’s in this instance that global-minded advisory firm’s such as Horizons will additionally be called upon to help ensure smooth cross-border transactions, particularly for entities from China’s second tier cities and far-off regions.

Expanding young companies and large numbers of up-and-coming business decision makers — who may not have in-house legal teams or easy access to cross-border legal services — will be ‘hungry’ to make their mark in Belt and Road. As a multicultural, multi-disciplinary corporate advisory, Horizons is in a unique position to serve these enterprises and investors as they enter into Belt and Road projects.

Horizons’ partnerships represent more than 30 years of practice on the Chinese Mainland, Hong Kong and beyond fostering investment and transnational partnerships. During that time, we have served some 900 companies across 7,000 projects in numerous countries. Our expertise has helped guide businesses in navigating the complex landscape of rules, regulations and cross-cultural nuances related cross-border transactions and the ensuring of smooth operations across the corporate lifecycle.

So, we are gearing up for the Belt and Road Initiative, as it aims to build ports, railways and pipelines that connect a vast sea and land network from Asia to Europe.

Follow this link to the full text of the action plan on the China-proposed Belt and Road Initiative issued by the National Development and Reform Commission, Ministry of Foreign Affairs, and Ministry of Commerce of the People’s Republic of China, with State Council authorization, originally published in 2015. The general Belt and Road Initiative web page of the State Council of the People’s Republic of China is here.

Post by David Pandt, Horizons China communications manager and editor of The Square. If you would like more information about China’s Belt and Road Initiative or other corporate advisory related items, email us at talktous@horizons-advisory.com, and we’ll have a Horizons professional contact you.